This Sunday is more recently changed to celebrate Christ the King...and this in itself is still following the whole “stir up” theme...in the sense that Jesus view of kingship / leadership was far from the expected norm, but in visual representations he is often shown as the king of our expectations...as here in the early [c. 6th C ] mosaic in Ravenna... wearing the same colour purple robes as the Empress Theodora and Emperor Maximilian, portrayed in their mosaics just below, on either side of the Nave. However, it does look as though he has removed his crown & is holding it out to one of the angels...perhaps this, together with his youthful face, is the artist’s way of suggesting we think again... the elements of surprise ? 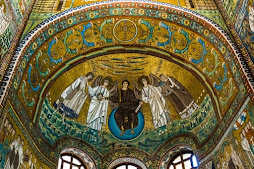 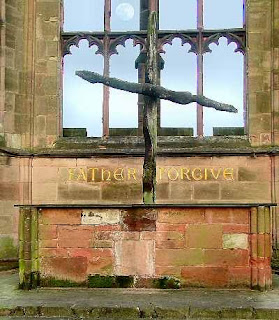 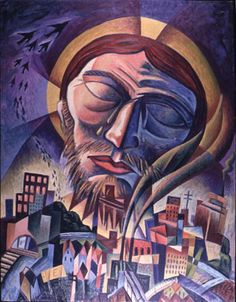 Jesus certainly challenged our norms of leadership... the best example being when he washed the disciples feet.... a customary action they would expect to be done by a slave or lowly servant...at first Peter shies away, but later accepts Jesus washing his feet...as in the Cameroonian painting below... [ John ch 13 ] 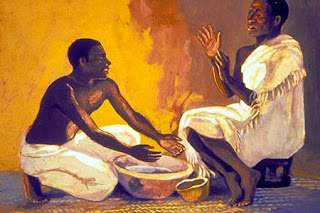 Jesusmafa :the Footwashing
You might find todays Lectionary Essay by Debbie Thomas interestingjourneywithjesus.net